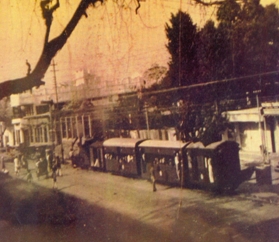 Siliguri , the gate way to the North East India is not only of vital importance to the State of West Bengal but India as a whole. Locatied at the foot of Himalayas on the verge of Terai, it presents the picturesque glimpse of the Himalayan ranges establishing its inmate charm to a visitor. Though the settlement started initially with the tea plantation and a junction station to change over to the Toy train for Darjeeling in 1880 it acquired the status of Sub Divisional town in 1907 . Though by thirties it had gained weightage as a town, it was confirmed Municipal status only in 1950.

The independence of India in 1947 provided a boom for the growth of the town with the continuous streams of inflow of refugees from the then East Pakistan. Siliguri is also re-discovered as the most vulnerable nodal  point in the narrow corridor that links North Eastern States with the rest of India. Assam rail link in 1951 and broad gauge railway links with New Jalpaiguri in 1962 paved the way for its unquestionable supremacy as a primary trading Centre not only for Assam but also for Bhutan, Sikkim and Eastern Nepal as well. The Chinese aggression in 1962 and the declaration of National Emergency put the town in the strategic map of India with renewed importance.

Siliguri is located in the narrow corridor connecting North-East with the rest of India with Bhutan in the North-East , Bangladesh in the south and Nepal in the west . Proximity to the international borders with Bangladesh , Nepal , Bhutan, and also China places Siliguri at a strategic significance. In respect of trade , commerce and tourist traffic  Siliguri occupies an extremely important position for Sikkim , Assam, Nepal, Bhutan and Bangladesh. Presently Siliguri is the hub of the Rail Road net work in the region connecting Assam, North Bengal, Bhutan, Sikkim and Eastern Nepal with the rest of West Bengal and India. The strategic location in the transportation net work of North Eastern India has helped in its growth as a primary trade and distribution centers of North Bengal. 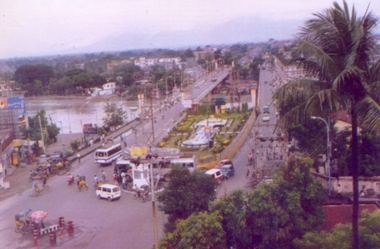 Siliguri is the largest and fastest growing city in North Bengal. The growth rate in decade 1971- 81 was 57.8 % . Considering the rapid growth of the city and inadequate facilities, Siliguri was brought under I.U.D.P programme in 1981 and some urgently needed schemes were taken up which provided some immediate relief in the infrastructure facilities and civic services of the city.

Siliguri has registered a growth rate of population 46.83 % in the 1981-1991 decade. The spurt in transport and trading activities is also apparent.  With the rapid growth of population and activities, the urban facilities and services are falling far too short of the demand. The Municipal resources and annual state grants are not matched to the growing need of the city. As such the city demands a short term Development Plan at least to cope up with the immediate essential needs of the town without which the city will fail to play its desired role in the region effectively.

So far the city has been looked after by its own resources, state grants or Centre - State jointly assisted programmes. But virtue of its location, functions, and role it plays in the trade and commerce in the North Eastern region, the city should get a National Importance for its Development.

Siliguri has also gained considerable importance in recent times due to signing of the treaty between India and China on opening up of trade relations through Nathu- la - Pass . This has created prospect for development of the city as am international transshipment hubs, as a center for logistics and international trade .One of the most striking features of the town is the active people’s participation of all the strata of the society in almost all the development initiatives as also on the issues of basic services of the Civic body.